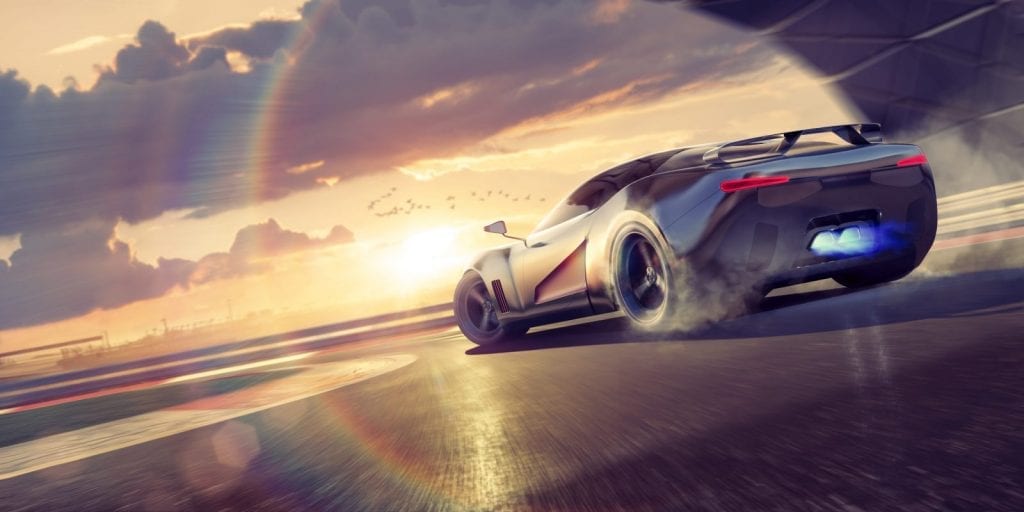 The World’s Most Expensive Cars (Infographic)

The world of super cars and hyper cars is one that many of us can only dream of being a part of, with these elite cars costing in excess of £500,000 and more.

A super car is a term used by automakers to distinguish unusual, high end cars from standard models and is usually applicable to cars that are a limited production specialist models from elite automakers, standard looking cars that have been modified to enhance their power and performance or one of a kind show case vehicles that were created as part of a project.

Whichever category they fall into, all super cars are very fast, very expensive and very powerful.

The history of the super car

Sports cars began to appear on the scene as early as the 1940’s with brands such as Ferrari, Jaguar, Porsche and Lotus all introducing sports cars. During the 1960’s, the speed was taken up a notch with the introduction of 150mph speeds from Aston Martin and Ferrari.  In the 1960’s we also saw Jaguar introduce the iconic E Type which is still considered one of the most beautiful cars made today.

Throughout the 1970’s and 80’s we continued to see the release of more classic sports cars, such as the Turbo Espirit by Lotus. In the 1980’s we also had the Aston Martin Bulldog which had a top speed of 192mph. The 80’s were significant for the automotive industry due to the financial boom, which sent the cost of elite cars soaring and gave us the birth of the hyper car.

What is a hyper car?

Hyper cars are high performing super cars- ‘hyper car’ is a term used to describe cars that are the Crème de la crème of super cars, however most people will still use the term super car. They are generally very powerful and usually more expensive than a super car, but it’s not always necessarily the case!

The world’s most expensive cars:

The most expensive car on our list is the Maybach Exelero.  The Exelero was revealed in Berlin in 2005 and is a one off design by Maybach-Motorenbau GmbH. It’s heavy at 2.6 tonnes, but it’s fast with a twin turbo engine which gives a top speed of 217mph and can do 0-60mph in 4 seconds. Impressive for such a heavy car!

Koenigsegg CCXR Trevita was made by Swedish manufacturer Koenigsegg who were launched in 1994 by Christian Von Koenigsegg who was just 22 years old! The Koenigsegg CCXR Trevita was the first ‘green’ super car in the world which was ground breaking at the time, as being eco-friendly wasn’t a priority for many super car manufacturers. It was developed with an exterior finish that was made with diamonds! Yes, you read correctly, diamonds.

Lamborghini Veneno is the third car on our list costing £4 million. It’s a legal street racing cat that was made to commemorate Lamborghini’s 50th anniversary. It’s name ‘Veneno’ comes from the strongest and most aggressive fighting bulls Veneno, a famous Spanish fighting bull. Only three of these cars exist and one of them is driven by Antoine Dominic. The Lamborghini Veneno is equipped with a 6.5 litre v-12 engine, producing an incredible 740 horsepower. It also has a top speed of 220mph!

The Lykan Hypersport super car was produced by W Motors, a United Arab Emirates Company that was founded in Lebanon, making it the first-ever supercar produced in the Middle East. Only 7 Lykan Hypersports have been made, making it one of the most exclusive cars ever.  The car features jewel-encrusted headlights, a 3.7 litre twin turbo charged engine and does 0-62mph in 2.8 seconds. It was also featured in the movie Furious Seven, making one of the most expensive cars to ever be featured in the Fast and Furious franchise – and they crashed it!

Limited Edition Bugatti Veyron by Mansory Vivere is one of only two Vivere’s done by Mansory. The body is covered in lacquered carbon fibre with a light pearl on the doors and exterior fenders. It comes with upgraded LED lights and a redesigned front grill. The Bugatti Veyron can take you from 0-60mph in a mere 2.5 seconds, with an incredible top speed of 255mph. Blink and you might miss it!

The Ferarri Pininfarina Sergio was a tribute to the great Sergio Pininfarina, an Italian automobile designer who passed away in 2012. Only 6 Pininfarina’s exist and despite not being the most expensive car, they are one of the most coveted cars in the world. The Pininfarina accelerates from 0-62mph in less than 3.5 seconds and has a top speed of 200mph.

The LaFerrari FXXK is a track-only model that is only available to 40 lucky people, who have been specially selected to drive the car on special track days in order to provide feedback for the next generation of cars. The FXXK was unveiled in 2013 at the Geneva Auto Show and was sold at a LaFerrari auction in 2016, making it the most valuable 21st Century motor ever sold at auction.

At the Geneva Motor Show in March 2016, the Pagani Huayra BC was unveiled – a souped up version of the Huayra produced by Pagani. The Huayra BC was named after Benny Caiola, the first ever Pagani customer who is also a friend of Horacio Pagani, the founder of Pagani Autmobili S.p.A. All 20 units of the car were sold, priced each at a whopping £2.35 million, but with 739 brake horsepower and a 7 speed traverse gearbox, who could say no?

The Ferrari F60 America is a limited edition roadster based on the F12 and was named in celebration of Ferrari selling cars in the USA for 6 decades. The car pays homage to the Americans’ great love for open top driving with a removable soft top roof and includes an award winning V12 engine similar to the F12 Berlinetta. The first of 10 units was revealed at the annual 25th Palm Beach Cavallino Classic in January 2016. It was so coveted that all 10 cars had been sold before it had been announced!

The Bugatti Chiron is the final car on our most expensive cars in the world list but with a top speed of 261mph, it certainly wouldn’t be last in any race. Designed and developed in Germany by the Volkswagen Group and manufactured by Bugatti Automobile S.A.S in France, the Bugatti Chiron boasts a new carbon-fibre monocoque and an 8.0 litre quad-turbo engine. The Chiron was first shown at the Geneva Motor Show in March 2016 and it sold 200 units before the first delivery of the car was made!

If you could pick one of these cars, which one would you go for?