Are you a movie buff who can’t get enough of cars? We’ve compiled a list of the most iconic movie cars of all time! Amazing-looking cars make great movie props and some of the all-time best films are made even better by the appearance of a classic motor or a high-speed car chase! Lt’s take a look at the top 10 most iconic movie cars and see if you agree! 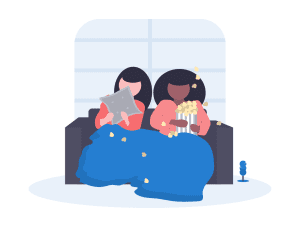 Most famous movie cars of all time:

The DB5 was first featured in Goldfinger and since then has appeared in a further seven James Bond movies to date. In the novels, it was said that the Aston Martin was Bond’s personal car although this is different to what was portrayed in the movie. The Aston Martin looks cool, and sleek and has a top speed of 143mph! 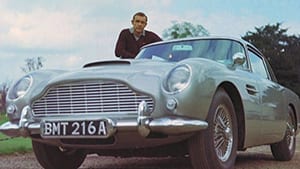 The famous ambulance/hearse combination is one of the most recognisable movie cars. The white car featuring the ‘No Ghost’ logo was originally gold before it was remodelled. Since its release, the Ecto-1 has developed a huge fan base and caused many accidents when it drove around New York promoting the film shortly after its release, as drivers lost control when they saw the car! 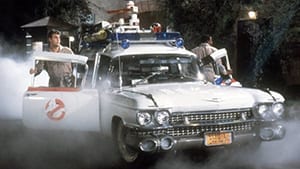 Okay, so you might think we are cheating with this one slightly, but the Tumbler is one of the most iconic cars, as it’s simply unlike anything we’ve ever seen before. The Tumbler has a 5.7 litre Chevrolet engine installed which allows it to reach 60mph in just 5 seconds. The Tumbler was created for the Batman trilogy ‘The Dark Knight’ and has become one of the most recognisable vehicles that the superhero has used. 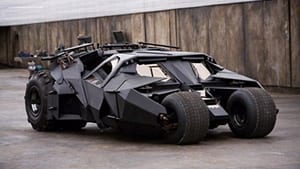 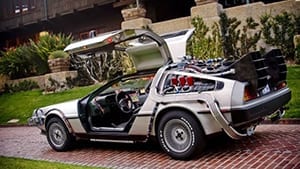 If you’re a car enthusiast, you’ll probably already know that Bullit was Steve McQueen’s best movie. It has one of the best car chases in movie history and is jam-packed with some amazing cars. However, our favourite and most iconic movie car is the Ford Mustang GT! The Ford Mustang GT 390 didn’t really need any introduction but Steve McQueen helped make it even more desirable in the blockbuster film of the 60s. 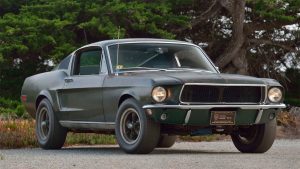 Another truly scrumptious car to add to our list of the most famous movie cars is the legendary Chitty Chitty Bang Bang. The iconic film of the same name was released in 1968 and is a British musical fantasy film with a twist. Loved by many for decades, the film features the iconic car which is simply unique. Chitty Chitty Bang Bang has the style of a classic car from the 1920s but with added features from, well, pretty much anywhere. In the film, Caractacus Potts rebuilds the vehicle with parts of a chimney and an old boat haul. Oh, and did we also mention that it flies? 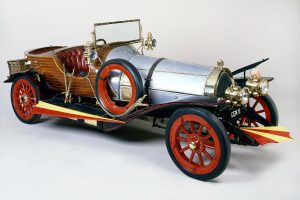 The 1973 Ford Falcon is one of the most iconic movie cars and it’s been featured in not one but two of the popular Mad Max films. The Ford Falcon XB GT first appeared in the original Mad Max (1979) and is also known as the V8 Inceptor or Pursuit Special. In the film, the Ford Falcon is modified to a nearly unrecognisable extent. With an all-black finish, chunky black tyres, a huge supercharger coming from the bonnet and even a booby trap feature in case anyone ever dared to steal it. The Falcon was modified over the years in Mad Max 2: The Road Warrior and also again in the latest 2015 Mad max: Fury Road film. 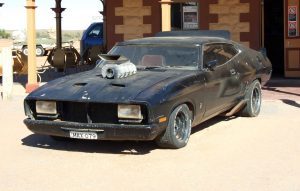 The MINI Cooper is well loved in the UK as it was produced by the British Motor Company and made famous by the Italian Job films. It’s also one of the only cars on our list that you can still buy or finance a MINI cooper today. MINI Copers were used in both the original 1969 film and again in the 2033 remake but the most iconic movie cars are probably the red, white and blue models used in the original film. The Italian Job showed just how nippy and magnificent a small car can be as the MINIs take part in one of the most memorable police car chases in movie history! For fans of the hit 1980s classic, the Ferrari 250 GT California used in Ferris Bueller’s Day Off is one of the most famous cars used in a film. It really is one of the coolest cars featured on our list and to this day still looks amazing. The Ferrari used in filming the famous ‘Jump Scene’ was actually a replica of the famous 250 GT because it would have cost far too much to replace. Not to mention that the Ferrari 250 GT California is actually one of the rarest cars on our list with only 56 of the car ever being made! The rarity of the model makes it highly desirable and in 2015 one was sold for around $15 million! 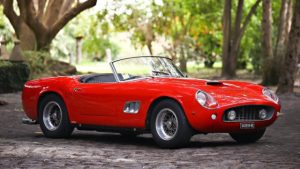 Paying homage to the late, great, Paul Walker, we had to include one of the most iconic movie cars in the Fast and The Furious Franchise. The bright orange 1994 Toyota Supra packs a serious punch and excels with Brian O’Conner (Walker) behind the wheel. The Supra is a 2-door, supercar with an aerodynamic design and sporty exterior. The Fast and The Furious films have some of the most unforgetting and action-packed racing scenes in any movie franchise and the Toyota Supra is not to be missed!